Blog
You are here: Home1 / Blog2 / Frontpage Articles3 / 4 ‘Dangerous’ Yet Crucial Things Every Parent Should Encourage 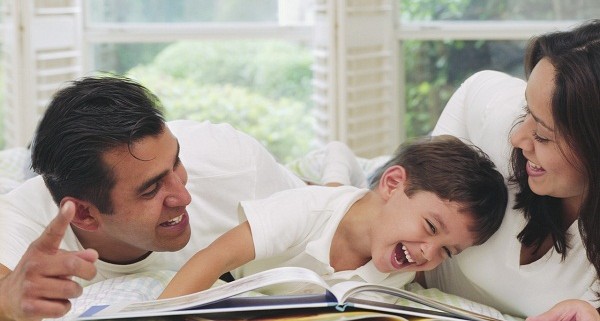 I am a psychologist who works with adults, who are often very high achievers. So when I am asked if I see children in my practice, my routine tongue-in-cheek quip is, “only those in adult bodies.” More seriously, I’ve seen an extremely wide range of parenting results over my 38 years of clinical practice, ranging from outstanding to criminally horrific. Perhaps this is stating the obvious, but many parents either don’t realize or forget that the quality of the parenting we give our children is one of the crucial factors for determining how they will function throughout their entire lives.

Gever Tully’s excellent TED talk, “5 Dangerous Things You Should Let Your Kids Do,” prompted me to share some psychological counterparts to his presentation, based on years of clinical observation–and even more importantly, my own life experiences–that you may consider instilling in your child:

• Proudly celebrate your uniqueness — It takes courage to resist the urge to blend in and surrender yourself to the safety of sameness. Your children are unique creatures with their very own talents, passions and areas of excellence. And letting their individuality guide them to what will become their inimitable contribution to themselves and their world is the most reliable ticket to a fulfilling life. However, being an individual often invites peer group scorn. And painful as this may be at the time, the cost of ignoring your destiny–aka the life you were born to live–is far greater. If you pressed me to name things I have regretted in my life, it would almost certainly be when I have taken the “safe” road and ignored my passions.

• Take risks — Prudent risk-taking is what builds emotional muscle. It’s always a nice feeling when people agree with your opinions, accept your invitation to the prom or enjoy your performance at the school play. But when they don’t, they have given you another gift, which is the opportunity to confirm that you can handle rejection. The same principle applies to failure. Of course, we should always strive to succeed. But failure at times is inevitable except for those who fear it so much that they don’t even try (which I would argue is failure by default!). Every wildly successful person I know can point to at least one major and often humiliating failure that became a valuable learning experience. Soon you will stop being governed by other people’s approval and the fear of rejection or failure. This is true strength or the emotional muscle, which will serve you throughout life with your career, relationships and anything else that’s important to you.

• Stand up to bullies — In my work with high achievers, one thing practically all of them have in common is the refusal to be pushed around and negated by those who see you as easy prey. While bullying sometimes rises to a level where adult intervention is necessary, I am concerned that the pendulum may have swung too far, resulting in overprotection of children when it comes to their standing up to peers. At the ripe old age of 4 ½, I was sent to overnight camp for the summer and was the youngest in my bunk by almost 2 years. I was picked on mercilessly. Not knowing what else to do, I fought back and learned that summer what most bullies have in common–that when stood up to, they fold like cheap cameras!

• Question rules that don’t make sense — Part of growing up is about learning respect for authority. But it’s also about learning how to think outside the box. These are not incompatible tasks! Almost without exception, those who have most changed the world have turned some deeply held form of conventional wisdom on its head. Where did they learn to do this? The lucky ones point to their parents. But the others had to find some other mentor or shoulder it themselves, often feeling quite alone in the process.

It’s been said that good parenting is the ultimate balancing act. We need to protect our children in an age appropriate way; early on by insuring their physical safety, then by setting limits and teaching them the basic rules of living in a civilized society. Then comes what for most parents is the hard part–letting go (while certainly maintaining your availability) and trusting that they will learn from their own mistakes, passions, uniqueness and psychological growing pains. But by pulling this off, you’ve put your children on track to be the very best they can be!

Helping Your Children Get Through the Crisis of Divorce

Navigating The Awkward Side of Parenting 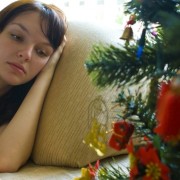 Divorced or Separated With Kids? Here Are 3 Tips for Helping Them Through This Holiday Season

Resolving the Question of Whether or Not to Have Children

The Sandwich Generation: When You Are Parenting your Children and Aging Parents at the Same Time

Give the Rules That Govern Your Relationship a Makeover

Your Best Mantra for the New Year
Scroll to top