You are here: Home1 / About

Michael S. Broder, Ph.D., is a psychologist, bestselling author, speaker, trainer and coach to high achievers, whose work centers around helping people to operate at their highest potential — with whatever parts of their lives they wish to optimize —  in the shortest time possible. Dr. Broder conducts a private practice in Center City Philadelphia, where he has treated thousands of individuals and couples in cognitive behavioral results-oriented therapy for over 40 years.

His latest book, Positive Attitude Training: How To Be An Unshakable Optimist was published in 2019 by Gildan Books.

Seven Steps to Your Best Life: The Stage Climbing Solution For Living The Life You Were Born To Live was also published in 2019 by Gildan Books. The book has been followed by an online course by the same name, guiding participants through Dr. Broder’s trademark Stage Climbing process. Both projects  take the principles first introduced in  Michael’s  groundbreaking book, Stage Climbing: The Shortest Path To Your Highest Potential, to the next level; and received  much acclaim from such notables as Deepak Chopra (The Seven Spiritual Laws of Success) Steve Covey (The 7 Habits of Highly Effective People) and many other iconic authors and professionals; citing it’s trailblazing and user friendly cognitive behavioral self-help approach. The Kindle version reached #1 on Amazon in its category. The concepts behind Stage Climbing were also made into a bestselling Nightingale-Conant audio program, The Seven Stages of Transformation: Stage Climbing to Your Highest Potential.

Michael Broder’s other audio programs include Positive Attitude Training one of Nightingale Conant’s all time best selling programs  (also with a highly successful Simon and Schuster /Sound Ideas retail version); Self-Actualization: Achieving Your Full Potential, which was the first self help program ever to create action steps for Abraham Maslow’s legendary and pioneering self- actualization theory (also Nightingale Conant), as well as The Therapists Assistant Volumes I and II, designed for use by therapists around the world as an important part of their homework protocol for helping patients/clients in between session. Dr. Broder’s Help Yourself Audiotherapy Series, with audio programs on anxiety, depression, anger, stress management, self-confidence, making major life changes as well as a comprehensive range of relationship topics have sold briskly throughout the English speaking world since 1992.

Michael is also the author of the popular books, The Art of Living Single, which has been referred to by the Book of the Month Club and many in the media as the “bible for singles” with nineteen printings (Rawson/Macmillan and Avon Books), and The Art of Staying Together (Hyperion and Avon). Both books have been widely excerpted and quoted and are published in numerous foreign editions. This was followed by: Can Your Relationship Be Saved? How To Know Whether To Stay Or Go (New Harbinger Publications) which has thus far been published in nine languages. With his wife and colleague, Dr. Arlene Goldman, he co-authored Secrets of Sexual Ecstasy for Alpha Books/Psychology today. He has also  published numerous articles for many professional and popular publications and regularly blogs for the Huffington Post and others.

Dr. Broder earned his Ph.D. at Temple University in Philadelphia. In the 1970s, he was trained and personally supervised by the late Dr. Albert Ellis at the Institute for Rational Emotive Therapy (which  became the Albert Ellis Institute) in New York City. Dr. Ellis as well as Dr. Arnold Lazarus (another of Michael Broder’s mentors) were the early originators of Cognitive Behavioral Therapy, today’s most practiced form of psychotherapy. Between 1981 and 1990, Dr. Broder directed the Philadelphia Institute for Rational Emotive Therapy where he and his staff trained over a thousand mental health professionals locally. In 2003, he was appointed Executive Director of the Albert Ellis Institute in New York City on an interim basis in order to oversee its difficult transition to the post Albert Ellis era.

In 1987, he founded Media Psychology Associates (MPA). MPA provides training and consultation services to a wide variety of clients, including employee assistance programs, law enforcement, industrial, educational and governmental organizations. Throughout his career, Dr. Broder has trained many thousands of psychiatrists, psychologists and other mental health professionals in the USA, Canada and England in continuing education seminars on numerous areas of cognitive behavioral results-oriented psychotherapy and couples counseling.

In 1995 he was awarded a five-year contract by the Philadelphia Police Department (PPD)— at the time, one of this nations most beleaguered, and controversial law enforcement agencies to be Stress Manager (Chief Psychologist). His role was to modify and oversee all psychological and counseling services, the Department’s stress management training programs at all levels and various policies regarding stress. PPDs employee assistance program with the brief peer counseling component remains a model for law enforcement agencies today.

An early proponent of media psychology, Dr. Broder was the first president of the Media Psychology Division of the American Psychological Association (APA) where he developed and conducted the first training programs designed to coach psychologists in the necessary skills for radio, TV and print media. His media credits are extensive. For 17 years, he hosted radio programs for WCAU and WWDB in Philadelphia; WOR and WABC in New York; as well as NBC Talknet and ABC Talk Radio on the network level.

He has made countless radio and television guest appearances, including  The Today Show, Oprah, The Daily Show and many others; as well as numerous ABC, CBS, NBC, Fox News, CNN and CNBC news and talk programs. Dr. Broder has written for, been quoted and/or featured in Newsweek, Time, USA Today, TV Guide, The New York Times, LA Times, Chicago Tribune, The Philadelphia Inquirer, Cosmopolitan, Ladies Home Journal, Men’s Health, Redbook, Family Circle, Broadcasting Magazine, Mademoiselle, First for Women, Self Magazine, Wall Street Journal, Washington Post and many hundreds of others. He has been a regular contributor to Universal Press Syndicate, Woman’s World (relationship column), Star Magazine, Business Digest and First for Women for a variety of columns and self-help articles.  He is a veteran of five multi-city media book tours in the USA and Australia; and has often served as a media spokesperson for the professional associations with which he is active.

Dr. Broder has taught as an adjunct professor at Temple University, University of Pennsylvania, Thomas Jefferson University Medical School, The Union Institute, Drexel University, Rowan University, Chestnut Hill College and Philadelphia Community College. Click here for more information. Presently he is an adjunct at Villanova University and is a faculty member of the International Institute for the Advanced Studies of Psychotherapy and Applied Mental Health.

Michael has presented his work at over a hundred professional conferences, as well as in numerous other university settings. In addition, he has also made over twelve hundred presentations as a popular speaker and seminar leader throughout his career.

In a survey conducted by Philadelphia Magazine of psychologists, psychiatrists and other mental health professionals– over 4,000 in the tristate region of Pennsylvania, New Jersey, and Delaware—Dr. Michael Broder was named by his peers as one of the top and most universally respected psychotherapists for adults and couples. 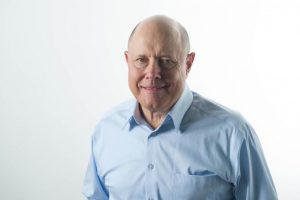